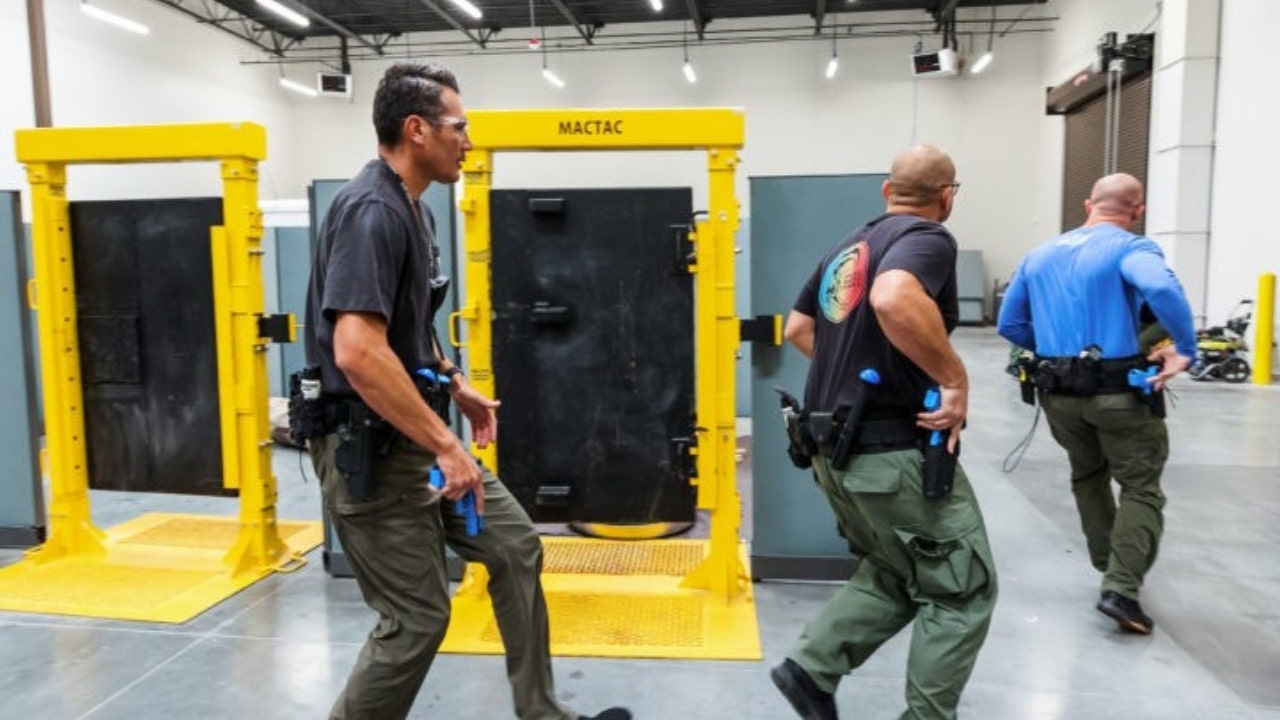 Five years since the Oct. 1, 2017, shooting at the Route 91 Harvest festival in Las Vegas claimed 58 lives — and two more after that night — officers with the Las Vegas Metropolitan Police Department (LVMPD) can receive reality-based training at a new $35 million facility.
The LVMPD Foundation, which raises money for the police department, has so far garnered $29 million in donations for the $35 million, reality-based training facility, which is set to be completed by the end of next year.
The planning for the training center, from an idea standpoint and a conceptual standpoint, however, began prior to the 2017 shooting, Kovach said.
LAS VEGAS SHOOTING: FORMER OFFICER REFLECTS ON 5 YEARS SINCE 58 PEOPLE SHOT DEAD AT COUNTRY FESTIVALThe first stage of construction for the center has been completed, while the second stage is ongoing.
"The first building, which is completed and operational — that building contains the administrative functions for the training center," Kovach explained.
LAS VEGAS SHOOTING: ‘11 MINUTES’ DOCUSERIES DETAILS OF DEADLIEST US SHOOTING IN HISTORYIn that building, which is larger than 50,000 square feet, there are "classrooms for classroom-based training" and "mat rooms for physical training, de-escalation training, self-defense training and so forth."
There is also a simulation room that "allows different scenarios to be projected on the walls. "
Thousands of officers have already experienced training — including reality-based training, advanced officer skills training, and bleed training — in the first building.
Up to 30 students can be trained at once in the first building.
RETIRED LAS VEGAS OFFICER WHO RESPONDED TO HARVEST FESTIVAL SHOOTING REVEALS WHAT'S ‘ALWAYS’ IN HIS BAGIn an example of a reality-based scenario, Kovach said officers might drive to the first building as if they were responding to an incident in real life.
CLICK HERE TO GET THE FOX NEWS APPThe goal is to teach officers how to properly respond to high-intensity scenarios in a way that saves as many civilian and officer lives as possible.
While reality-based training centers are not new for police, the LVMPD Foundation's center is a first-of-its-kind in terms of scale and functionality, Kovach said.