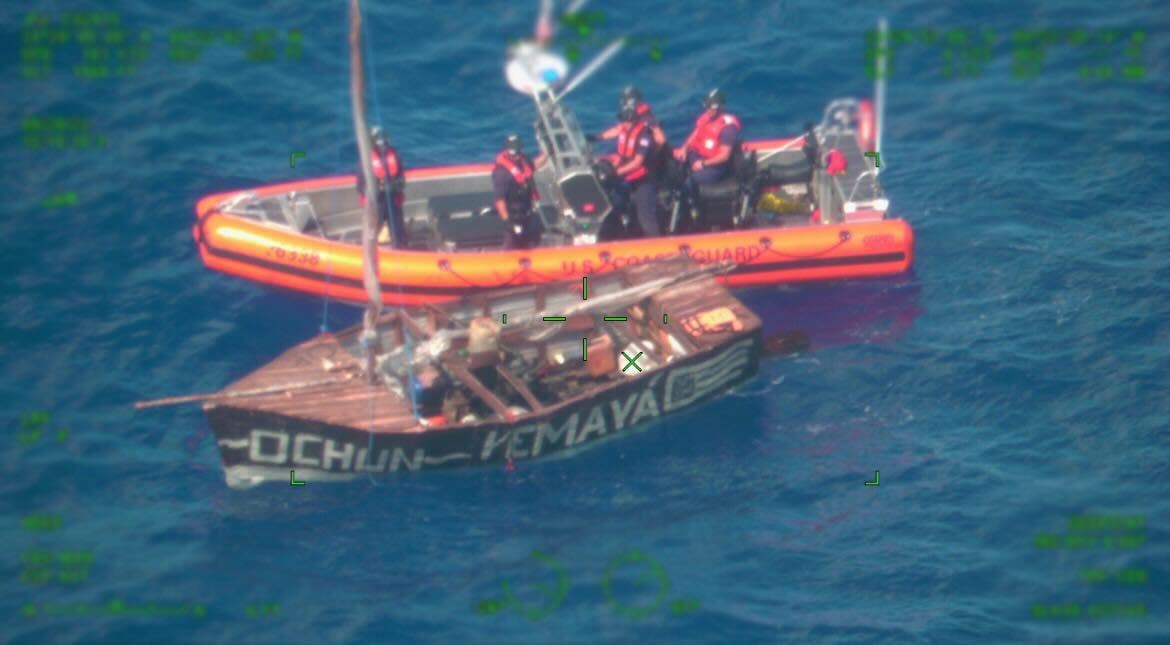 NEW You can now listen to Fox News articles!
The U.S Coast Guard said one of its cutters repatriated 46 Cubans to Cuba on Thursday afternoon.
The U.S. Coast Guard has stopped at sea and via Mexico more than 3,000 Cuban migrants fleeing economic hardship, safety and political conditions in the island nation who were heading to the coast of Florida since October — more than the last five fiscal years combined, according to the agency.
DEMS REJECT GOP INVESTIGATION INTO SAFETY OF UNACCOMPANIED CHILDREN AT THE BORDER: ‘COMPLETELY UNNECESSARY’On Thursday, the agency also warned migrants of the dangers of crossing during hurricane season, stating that the risks of an already dangerous situation "increase exponentially."
"The USCG and partner agencies are doubling down on patrols to ensure the death toll doesn't rise as more life-threatening storms pass develop."
Kinsey wrote in a Twitter post.
Hurricane season, which officially began on June 1 and runs until November 30, represents another challenge for border patrol agents and for migrants attempting to cross illegally into the United States.
CLICK HERE TO GET THE FOX NEWS APPIn a tweet, Homeland Security said, "Illegal migration by sea is even more dangerous this time of year."